This is an example of recent loudspeaker refurbishment and upgrading work undertaken by RFC.  This pair of Impulse H2s arrived very much the worse for wear! 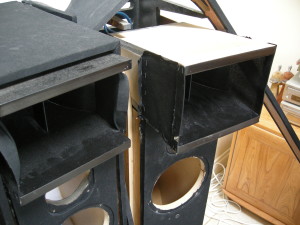 Step 1 was removal of drive units and careful dismantling of cabinets as far as possible to fully assess damage! 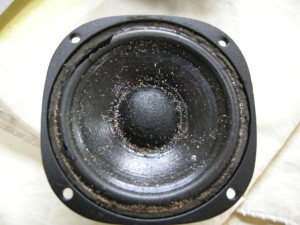 The above photo shows one of the damaged mid units.  Sand had trickled out from failed joints inside the mid horn and become embedded within the doped drive unit surface plus foam surrounds were completely shot.  Both drive units were tested and found to be mis-matched so with the damage to these, it was preferable to replace them relatively economically using NOS equivalents with rubber surrounds: 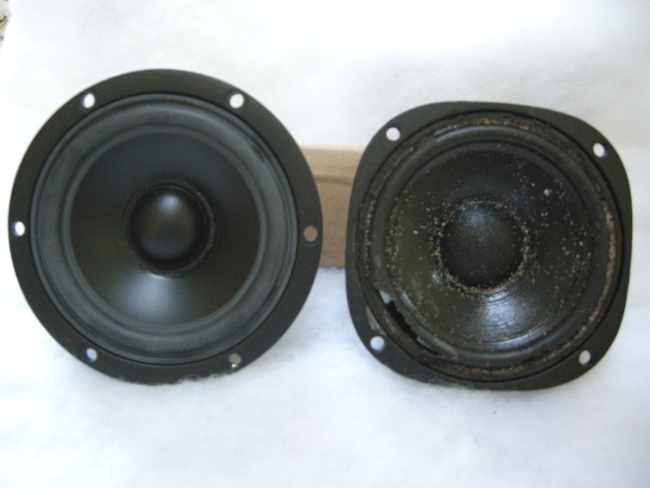 The electrical and acoustic response of this new unit is very similar indeed to the original and it’s matched to within 0.5dB on sensitivity so is almost a drop in replacement.  Some minor crossover alterations may be required for use with standard H2 speakers, but as the client had also requested a change of tweeter, a new crossover was designed and built anyway.

Step 2:  Cabinet preparation to receive new veneer and new tweeter insert plugs (needed to sleeve down the existing opening to accept modern tweeter sizes).  You can see the new sleeve inserts in the first picture below: 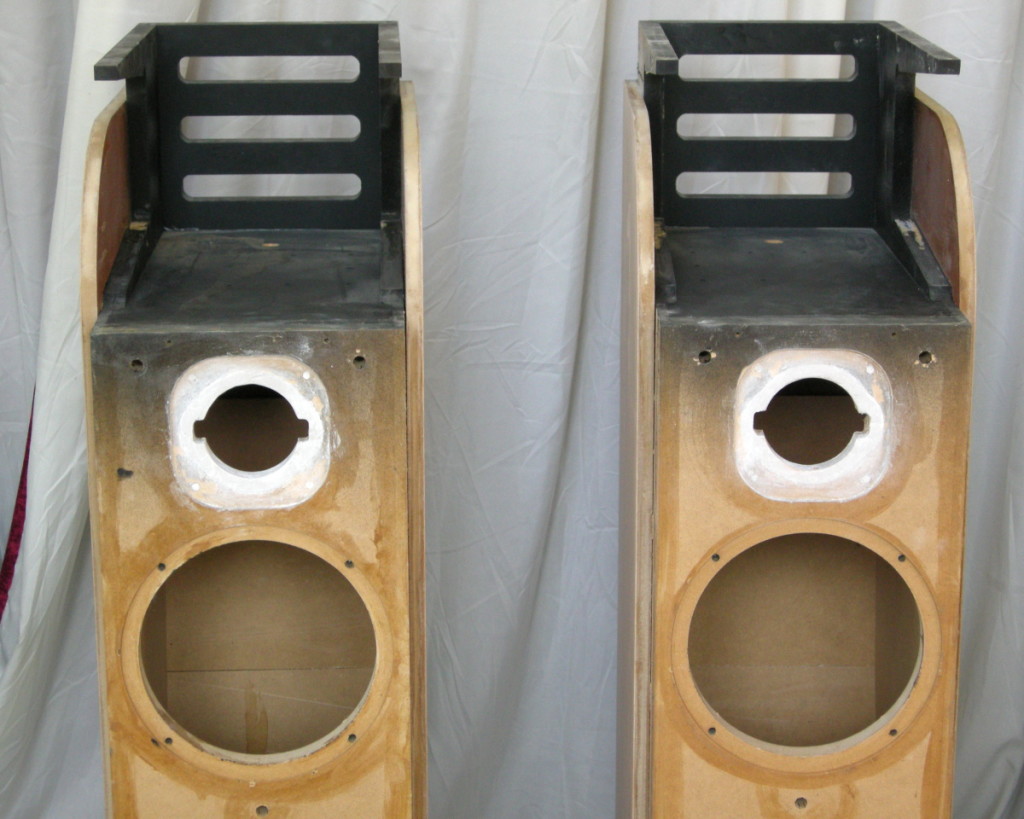 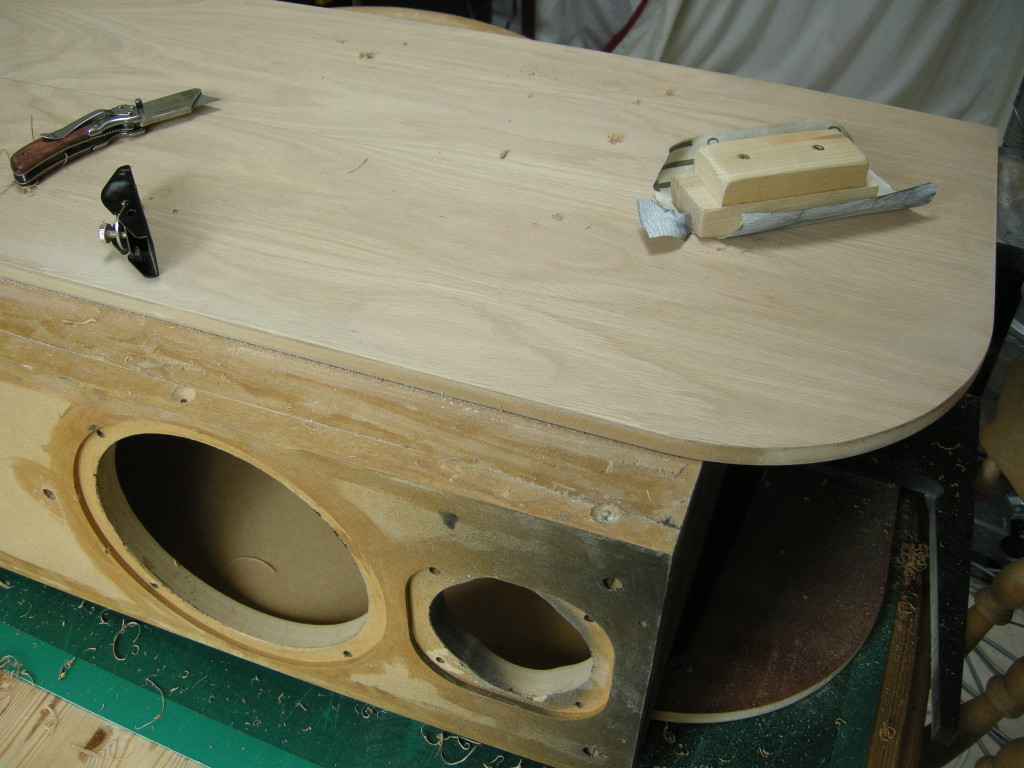 Re-veneering cabinets of the H2 speakers

The photo above shows progress on re-veneering the cabinet sides.  RFC undertakes this work by hand, using traditional methods and painstakingly book-matching veneers to each face as well as mirror matching veneers between left/right loudspeakers.  Veneering is done using specialist glues and a veneer hammer, with an iron sparingly used to help cure the glue (this is NOT pre-glued iron on veneer which we never use).  Edges are carefully trimmed using a sharp utility knife, a hand plane and finally, using 320 grit finishing paper.

Step 4: Veneer finishing and oiling.  Veneers are hand finished using fine grade finishing paper before receiving multiple coats of finishing oil, lightly rubbed down with fine finishing paper between coats.  Up to 12 coats of oil are applied to achieve a fine furniture standard semi-gloss finish before a final wax using a mix of beeswax/Carnauba.  Following the cabinet finishing, the speaker side panels, fronts and grilles are recovered by hand using new cloth to closely match the original. 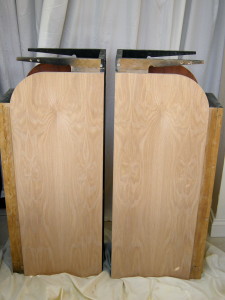 Re-veneered side panels on H2 Loudspeakers 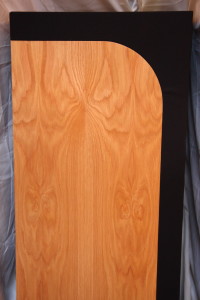 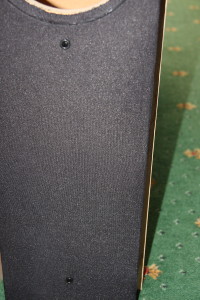 Step 5: Refurbishment and re-painting of mid horns.  These had been damaged possibly by previous owners man handling the speakers lifting them by gripping the rather fragile mid horns which are not as robust as they may first appear.  Every joint on both horns had failed and sand used to damp the horns was escaping from within the formed curved horn section.  These required all jointed to be repaired using 2-pack epoxy following which the horns were re-painted. 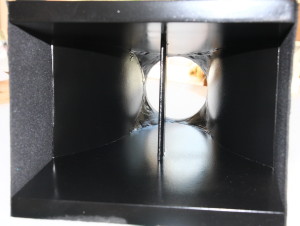 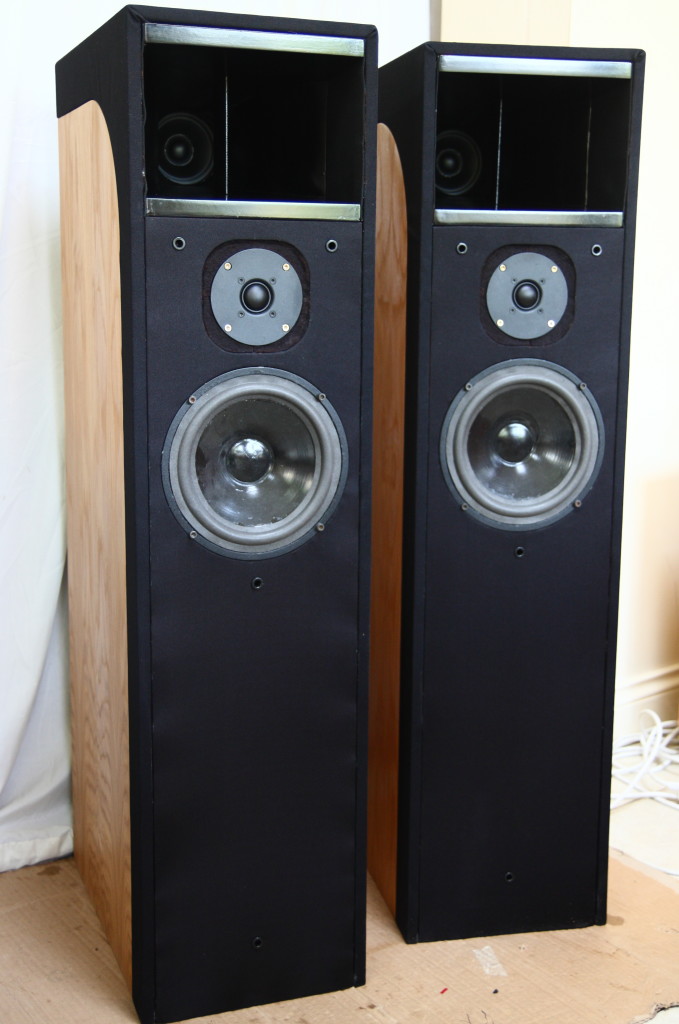 The speaker drive units were connected directly to the rear binding posts (one set of posts per drive unit) as the new crossovers were to be taken external.  In order to design the crossovers properly, first, the acoustic and electrical response for each drive unit was required.  A calibrated mic was used (on tweeter axis at 1m free space) to obtain raw driver data (measurements gated to exclude room reflections) and the drive units impedance curves obtained using specialist measurement software and signal generator.  This data was then uploaded to a bespoke crossover design simulator so that the effects of applying electrical filters could be readily seen both in acoustic summed response and phase relationships.  The original speakers prior to refurbishment were measured, albeit missing their spiked feet which affected bass output (Bass outout reduced from below 200Hz), but it was important to see (as well as hear) the existing response profile: 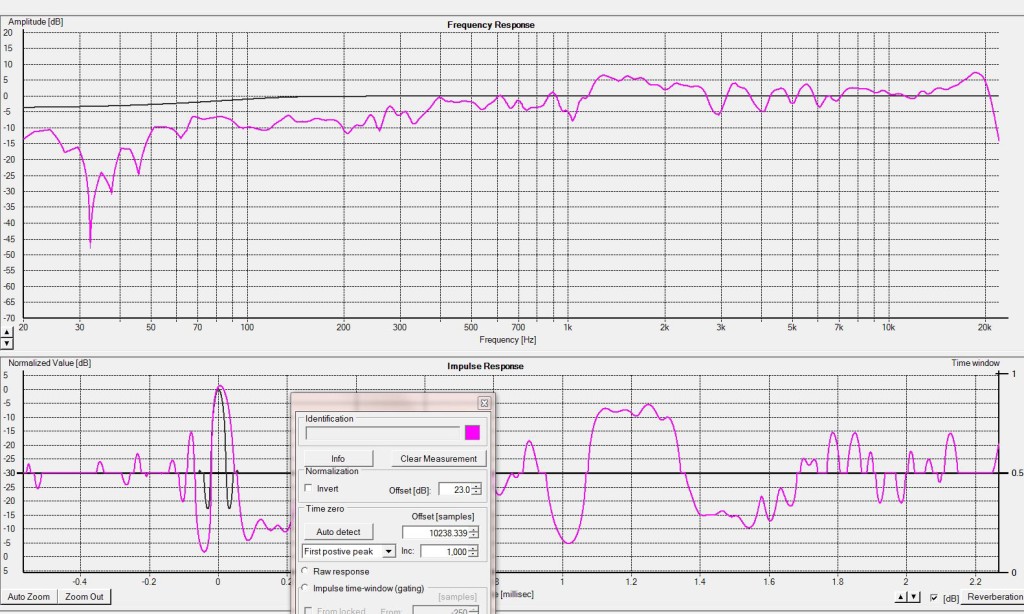 Tweeters were used with reversed polarity in the above response.  What is immediately apparent is a large peak in mid horn output immediately above crossover (800Hz) to around 3KHz, right bang in the middle of the range where human hearing is most sensitive.  The response was over 6dB raised!  This was considered as the reason they sounded so mid-forwards and so not really acceptable to be left as-was.  The large spike in output of the Focal tweeter is typical of this inverted dome tweeter and doesn’t really help with the impression of a “toppy” and rather aggressive overall voicing.  The factory crossovers may have differed slightly from the ones which were fited to these when they arrived, but by how much is unknown.

Response after the new crossover was designed with the existing response super-imposed.  Note how much smoother the new response profile is, and that it also forms a gentle slope downwards from bass through to treble, which gives a far more acceptable in room listen, with no single frequency standing out.  Tweeter polarity reversed for both traces.  There is evidence of some comb filtering partially due to cabinet design/driver layout but not much can be done.  Subjectively, these now sound sensational! 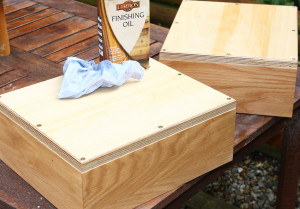 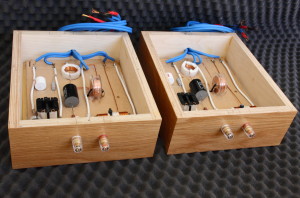 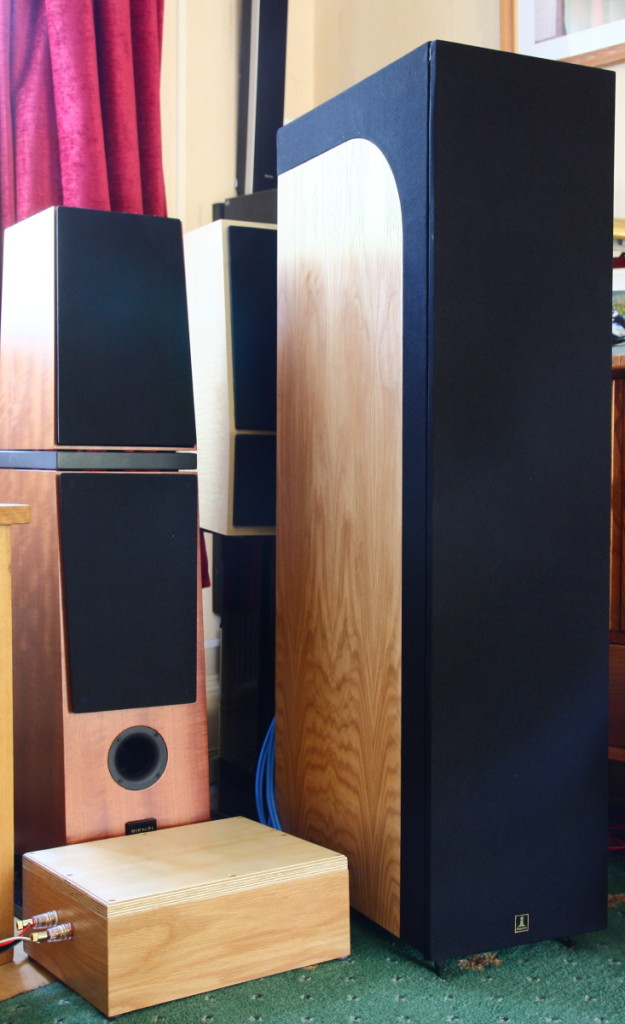 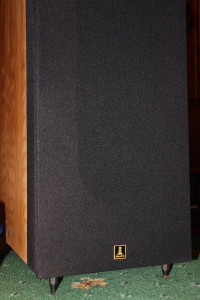